Turns out, millennials are actually a little more interested in buying cars than previously believed. This crowd that we thought to be stuck on smarts phones and social media instead of caring about cars were actually just holding out to do some hands on research before they bought. Come to find out, millennials have been using rentals to test a car before they sign on the dotted line. 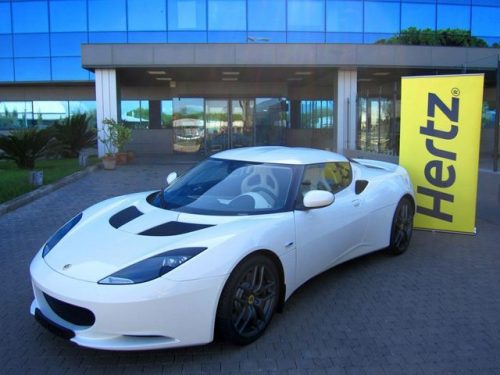 The previous generation of car buyers are probably a little blown away at the thought of getting to know a car before they bought it. Not too long ago, drivers watched commercials, got input from neighbors & coworkers, visiting a dealership for the sales pitch, test drove a vehicle for about 10 minutes, and then committed to car payments on vehicle they probably didn’t even know how to roll the windows down on yet.

This new generation isn’t down with that approach — they want to know a car before they go all in. Drivers looking for a new car are far more interested in what they can find online about a model than what a dealer has to say, and we kind of already knew that. What’s “new” about the process is what happens in between A (researching a car) and B (making the purchase).

According the Enterprise Holdings, a recent survey of 1,363 people 25 to 34 years old revealed some interested rental habits. This survey showed that 79% of drivers thought that owning a car actually is “extremely important”, and 68% actually experienced new technology from a rental car.

Additionally, 53% chose a specific vehicle make and model so they could try something new and 88% noted that a good experience with a rental changed their minds about that specific make and model. Of those, 28% decided they would buy a new car based on their experience with a rental, and that a specific rental inspired their purchase. The people surveyed were selected randomly from their database.

Surely by now, automakers have caught wind of this survey, and a smart move would be to load their vehicles destined for rentals with the best technology and options available. It would cost more initially, but if such a large percentage of people are basing their purchases on rental car experience, it could be the best way to reach new drivers.

Of course marketing and dealership experience still matter, but those are now just parts of a more extensive process people are going through to make up their minds about a vehicle.