At times, you have to ask, “Where has all this great technology brought us?” — and, sometimes, the answer isn’t a good place. Take nuclear power, for example, nuclear power provides a lot of energy; on the one hand, from a climate change point of view, nuclear power does not emit carbon dioxide, and so does not add to the greenhouse gas emissions problem. From a pollution point of view, nuclear waste won’t degrade for possibly thousands of years, which means storage is a problem. Nuclear accidents, while rare, are also a cause for long-term concern. Decommissioning the Fukushima Daiichi nuclear power plant, which melted down in 2011, may take up to forty years, and the surrounding region may not be habitable for at least as long. 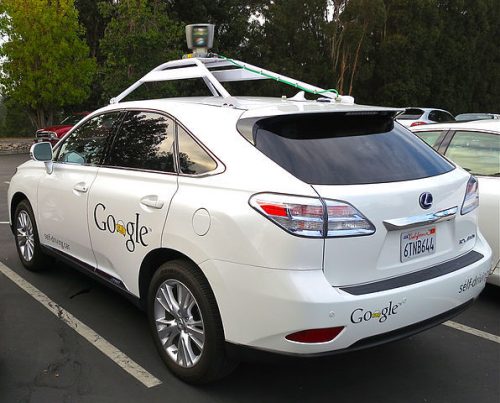 Wait, the title says “Autonomous Vehicles,” why is the author waxing on nuclear power? The point is, nuclear power solves some problems, but creates others. The modern automobile is fairly similar, and future automobiles even more so. Today’s automobiles solve at least a couple of problems, such as convenient and reliable transportation from Point A to Point B, including work, school, home, vacation spots, and everything in between. As human beings, however, we’re not all that attuned with our surroundings, unlike simple sardines or cats. Putting more than one of us (2.5 million in 2010) behind the wheel of 1,500 to 80,000 pounds of metal, rubber, plastic, and highly-flammable fuel isn’t the greatest idea in the world.

In fact, according to the NHTSA (National Highway Traffic Safety Administration), for calendar year 2010, some 5,419,000 automobile accidents were reported. Of those, 1,572,000 resulted in 2,239,000 injuries and 32,885 deaths. Now, this is, by no means, as bad as it’s ever been; in 1972, automobile accidents claimed 54,589 lives. Viewed statistically, however, that was 26 deaths per 100,000 United States citizens. By comparison, 2010 only claimed 10.8 lives per 100,000 population. The last hundred years of automobile technology has not only improved the power and speed of automobiles, as well as efficiency, but also safety, which has helped more people walk away from accidents without injury, or at least make them survivable.

However, this has been a good thing, as you are 50% less-likely to die in an automobile accident today, as compared to forty years ago. Alternatively, we’re not learning to drive any better than our ancestors. Today’s automobile technology is chock full of features that help drivers maintain control of their vehicles, in varying conditions, as well as keep them safer in case of an accident — drivers are out of practice.

For example, ABS (anti-lock braking system) is a great invention, which helps drivers keep their brakes from locking and losing control of the vehicle. Electronic stability control (ESC) in many modern vehicles keeps drivers on the road in slippery conditions. Lane keeping technology (Toyota LKA), on some of the newest vehicles, keeps drivers from drifting out of their lanes on the highway. Now, don’t get me wrong, these are great inventions, but it seems that most people are using them as a crutch.

Out Of The Equation, Human!

Here’s where autonomous vehicles come in. If human error is the cause of more than 90% of automobile accidents (some studies say more than 95%), then what would happen if we took human beings out of the equation? Automakers are working on exactly this technology — autonomous vehicles, eventually, will require a simple GPS destination, to get you from Point A to Point B. Along the way, sophisticated software keeps track of traffic and road conditions, routing you quickly and safely to your destination. And what would be the result of a perfectly-operating autonomous vehicle?

Taking the numbers from the 2010 NHTSA report, some simple math would tell us that automobile accidents would have been, using the 90% human-fault figure, reduced to 541,900 total, 157,200 of those causing injury or death. The 2010 death toll could have been reduced to just 3,289 fatalities, if only the human being hadn’t been part of the equation. That being said, however, their will still be accidents, due to mechanical failures (That’s the other 5-10%). Of course, autonomous vehicles are still mechanical, so it’s inescapable.

The only caveat to the introduction and adoption of autonomous vehicles will still be the human driver. I can imagine that commuters and long-distance travelers would appreciate being able to yak with friends, both in the car and online, catch up on the news, watch television, or even sleep. My boss used to joke that I was the only one to hit the snooze bar on the way to work. I couldn’t been the only one! On the other hand, many drivers, those who love to drive, myself included, may not like having this unique privilege taken away by a machine, of all things. Can autonomous vehicles and human drivers share the road?