If you decide to buy from a private individual, you have some benefits. The pricing tends to be pretty reasonable, and you get to meet the person that’s driving the car. They’ll tell you its history and why they’re selling. A lot of times they’ll show you service records, and these things are all very valuable.

The second option for buying a used car is to go to an independent dealership (usually these are small lots that only sell used cars). These dealerships tend to have a wide selection of older and specialty vehicles. Also, because they’re small, they have low overheads, so the pricing tends to be very good – better than a franchise dealership.

However, their small size means that they don’t have an image to protect – if they get some bad press, nobody knows who they are anyway, so it’s not a big deal for them. They’re also not well regulated – it’s just not efficient for the limited number of state regulators to spend a lot of time at the small dealerships. 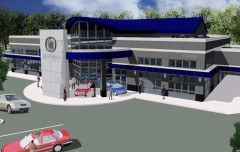 Your third option is to buy a used car from a big new car dealership, also known as a franchise dealer (because they’re a manufacturer franchise, like a Ford, Toyota, etc.). Franchise dealers have a few disadvantages – people don’t like to buy from them because they’re usually the most expensive (which is true, but if you follow our negotiation tips it won’t matter). Also, if you’re going to have a bad buying experience, it’s probably going to be at a franchise dealer – they’re more likely to pressure, manipulate, and/or ignore you simply because they’re so big.

As always, take your time when buying a used car. Do your used car research, get multiple used car financing quotes, and feel free to contact us with your questions.