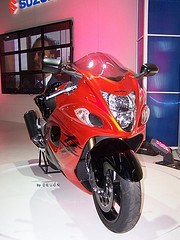 Here’s a question from a young man looking for some fun:

Q. I’m trying to decide if I should buy a sports car or if I should get two vehicles – a motorcycle (for fun) and a cheap car for the winter? Any advice?

I like the way you’re thinking – it’s a very rational idea.

I don’t think there’s anything wrong with your plan, but I do think you should consider the following:

1) You’re going to need to insure both vehicles. Two insurance premiums are often more expensive than one. I’d check with the insurance company about what the cost would be first.

2) The “cheap car” idea is a good one, provided you can actually find a car that’s both inexpensive and reliable. After all, the whole point of having a car is to stay out of the weather. But if the used car you buy isn’t reliable doesn’t start on cold days…well, that kind of defeats the purpose. If you buy a cheap car and it craps out, you’ll need to buy another. That probably won’t save you money.

My advice, if I’m qualified to give it (I’ve never owned a motorcycle), would be to buy the motorcycle only if you already have a reliable back-up vehicle (and if you’re responsible enough not to take chances on a high performance bike). That way you don’t have to worry about buying someone else’s problem. Nice motorcycles are less expensive than nice sports cars, and they usually perform much better.

When the novelty of riding a motorcycle wears off (or when you need to buy something else), you sell it and get a car then. A couple of good friends of mine have done this and both been very happy. The bikes were cool, but after a couple of years they decided to get something different.

The other piece of advice – whatever you decide to buy, buy it used. Now is a good time of year to find a decent performance bike and/or sports car, and you can often get them for a solid discount thru the end of April. I was amazed to see used low miles Hiyabusa’s (spelling?) for less than $5k. Those things are as fast as any car on the road, but you can pay one off in 12 months. A great deal.